UPDATE2 for version 4.x users:
build 4.2.170 was just posted and WILL WORK ON MOJAVE, but it’s not fully compatible nor will ever be cuz it will take way too many man hours to make that 6 year old 32 bit application 10.14 compliant.
Keep in mind it’s not officially supported,so best to pick up an upgrade to 5.x, but 4.2.170 will get the job done still with a bunch of UI weirdness along the way.

OLDER INFO:
Apple just released version 10.14 of macOS and they broke some much this time it’s not even funny that it’s NOT recommended to anyone to upgrade to it until we release the first version of version 5.1. We are looking at 2-3 weeks of work at least to make version 5.x 10.14 compatible. We are making this #1 priority, but currently it’s quite the train wreck! 8(

The last time I looked at the compiled list on Pro Tools Expert most every major manufacturer said to NOT upgrade to Mojave yet.
FYI: That list is a good resource to check for each macOS release.

What about version 4.x?
Depending the time to make version 5.x 10.14, compatible we might go back and make 4.x run on it, but we won’t know until we get 5.x working fully. Until then try the 5.0 demo and you’ll see how problematic it is now.  Tons of UI problems and sluggishness all brought on by 10.14. It works OK but has seen better days….hahaha Importing that used to take seconds now takes minutes! 8(

BUT keep in mind that version 4.x is 32 bit and will run with major compromises in 10.14 as stated by Apple in anything past 10.13 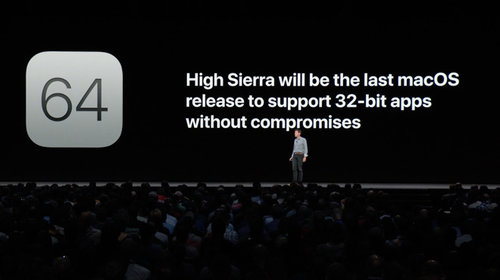 and if it’s running crippled it’s probably not worth the time to make 6 year old 32 bit code work for only one more measly year before it’s killed off for good with 10.15. When 10.15 arrives next year they will fully drop 32bit support fully so you’ll be forced to upgrade to 64 bit BaseHead 5.x then regardless unfortunately.

How on Earth did releasing a .1 upgrade with about 7 whole features for end users break so much audio software is beyond me?
It’s the same story every year…They force developers to drop support for older versions on macOS to support the latest one to force you to upgrade and buy new hardware. Most likely we need to cut 10.8 support this time around.
If we only supported the last three versions of macOS we probably wouldn’t be in this boat, but we know many of you are holding on to old Pro Tools hardware that only works on 10.8 so we choose to use libraries that will work across older oses that need to be replaced now most likely.