Thanks for Installing BaseHead 4.x PC!!

Here’s some startup info!
All three versions were just installed including the demo version.

On the desktop are shortcuts for version 4.x Ultra and the Demo versions only.
(We didn’t want to clutter you desktop with 4 shortcuts.)
The other two version are in the install directory
C:\Program Files (x86)\BaseHead Inc\BaseHead – SFX Database 4.x\

Demo Users:
By default the demo is the Ultra Edition.  If you want to preview one of the other two version simply just change the drop down box in the top right of the program to the version you want to preview and restart it.
NOTE: if you switch to a Non-Ultra version the ‘Libraries’ Node will be hidden on the PeekTree and you will need to manually re-show in from the PeekTree setting menu once you switch back to the Ultra Edition.

The Online Manuals can be found HERE with getting started videos!
Email us thru the Contact Form if you have any issues getting going!!  8)

Registered Users:
If you already have a license for the Standard or Lite version, go to the Install directory and you’ll find your EXE there. Default location is here…
C:\Program Files (x86)\BaseHead Inc\BaseHead – SFX Database 4.x
The Codemeter runtime was also installed for you already.
(This is no longer a separate install)

Make sure you run the version you paid for otherwise you will get a license error….8)

If you are not sure what license you have, go to the CodeMeter Control Center and click the ‘WebAdmin’ button for CmStick and System Drive users.
USB device locking users (including iLok2) will see the license that have in the CM Control Panel.

Re-install?
If you are re-installing and are binding to a USB Flash Drive or iLok2 make sure to run your custom plugin package after

Want something better then ReWire to feed audio into your DAW?
Check out VB-Audio’s VoiceMeeter.
Highly recommended for Windows Users and works with 64 bit DAW’s. 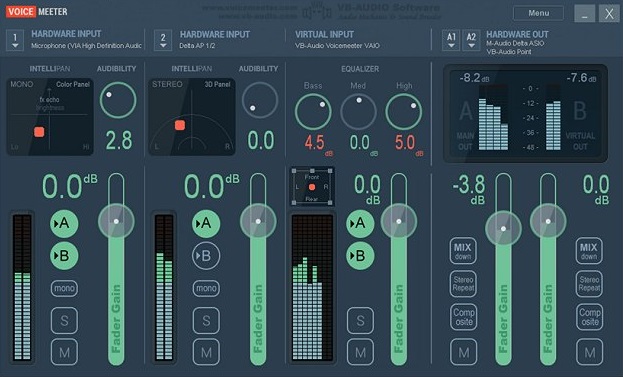